A powerful combination with Rapé and Sananga

The Kambo frog, a medicinal miracle

Kambo is a fire medicine produced by the sacred tree frog of the Amazon, the Phyllomedusa Bicolor. Also known as the Kambo frog, it is the largest species of the tree frog family. They are found in almost all Amazonian countries including Guyana, Venezuela, Colombia, Peru and Bolivia. Among the entheogens, the Kambo frog is also called “The Green Light”, which acts as a powerful cleansing ritual. The frog connects us to our natural wisdom, reflects our negative habits, shows us what to avoid and what we can do to improve our condition. During the healing with Kambo and possibly Rapé, you will receive insights that can be both simple and effective!

Get in touch with your essence during a Kambo healing A Kambo healing, possibly in combination with Rapé, focuses on going inside to get in touch with your essence. Kambo is a unique and quick release of all cellular resistance, or laziness. After application, the resistance rises like an inner fire – a throbbing pressure can be felt. This can be compared to an intense fever attack.

This cleansing process works not only on a physical level, but also on a spiritual one. In combination with the water that is drunk beforehand, an alchemical transformation takes place through which old toxins leave the body. The immune system is immediately given the reset it needs to restart its vitality, focus and sharpness. A deep cleansing takes place immediately through vomiting and/or urgent defecation.

A kambo session works differently from medicinal plants as Ayahuasca, Huachuma, San Pedro. It is not a visual entheogen, although sometimes there can be a spiritual experience. This also depends on how open you are to it. In most cases there are no visions or hallucinations during a Kambo healing. If desired, rapé can be taken before or after the Kambo.

Let yourself be healed by this special medicine. Both on the physical level, illness, inflammation, other physical complaints, and on the energetic level of tiredness, emptiness, stagnation, I can assist you in this process. I like to make time to give you this medicine and to give you a safe bed. I work on the meridians and energetically sense where the medicine is best administered.

email to consult Yves or book a healing session 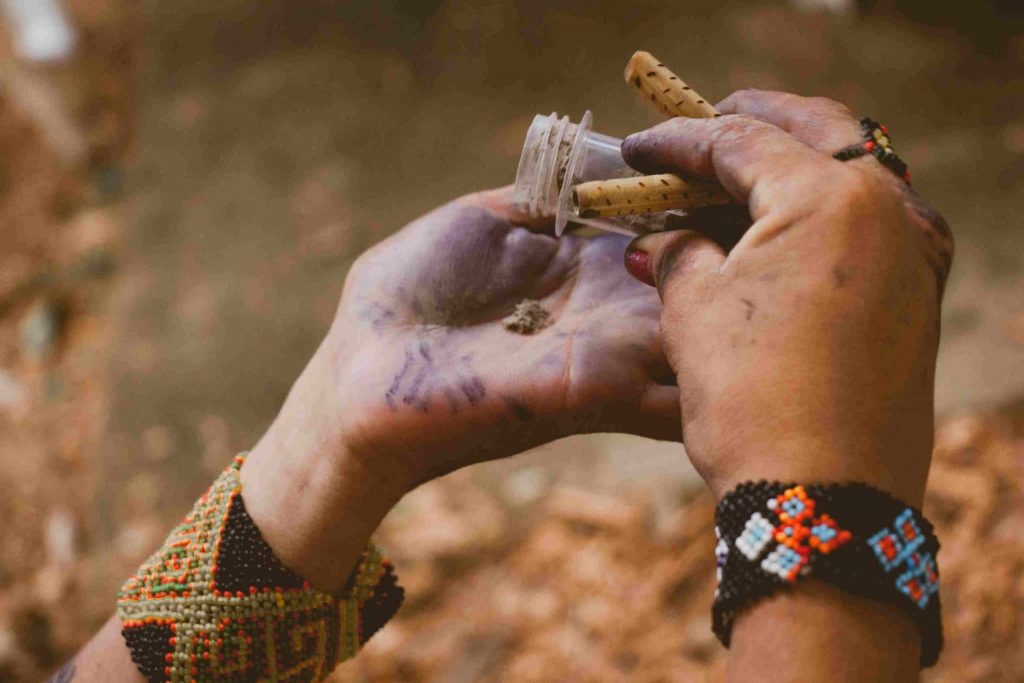 The history of Rapé and the production of the powder Rapé is an essential part of Tribe culture. In some Tribes it is the women who collect the ingredients and make the powder, in other Tribes healers compose the Rapé. Each Tribe has its own secret recipe of sacred plants, trees and seeds that are combined with ashes. Originally Rapé was made in small quantities of powder with specific intended effects for a ceremony. It was specially prepared for the healing process of one person.

The effects of Rapé The effects of Rapé’s are very powerful, healing and cleansing on every level. The purpose of using Rapé is to deeply connect with the spirits of nature and to call upon these forces for physical and spiritual healing. Rapé offers support in opening the chakras. It provides a sense of grounding and connection to the earth. Rapé can have healing effects on our physical, mental, emotional and spiritual bodies. It can help with: – Opening the third eye – Descaling the pineal gland – Releasing negative thought patterns and tensions – Bringing calmness and mental clarity – Opening the heart – Connection to our spirit When used with intention and prayer from the heart, Rapé powder can be a powerful tool for realising our dreams. Rapé has therefore traditionally been a very popular and complementary medicine during sacred plant healings.

We use Rapé in combination with a kambo session.

Stop holding yourself back

Let yourself be healed by this particular medicine. Both on a physical level, illness, inflammation, other physical complaints, such as at the energetic level of fatigue, emptiness, stagnation I can you assist in this process. I’m happy to make time to give you this medicine and give you the safe to give bedding. I work on the meridians and energetically fill in where the medicine is best is served.

(Article translated from Spanish and edited from the original)

‘Kambô’, ‘campu’, ‘sapo’, ‘vacino da floresta’. These are all names for the waxy secretionof a tree frog that lives in the northwestern part of the Amazon rainforest. In Columbia and on the border of Peru and Brazil. The scientific name for this frog is ‘Phyllomedusa bicolor’ or ‘big monkey frog’. In this article I will use the name kambô.

Originally used by 53 tribes, but now only 13 small tribes remain. It is used to get rid of ‘Panema’, the name they give to having bad luck, but also for ‘hunting magic’ and as a powerful medicine against snake bites, malaria, yellow fever and other epidemic diseases.

Scientific research into the secretion of this frog began in the 1980s. Nominated for the Nobel Prize and Italian scientist, Vittorio Erspamer, from the university of Rome wrote that this secretion is a ‘fantastic chemical cocktail with potential medical applications, unmatched by any other amphibian ‘(1). “Among the dozens of peptides in Kambô, are up to 7% bioactive. “(1) They bind to receptors in the brain and cause chemical reactions in the human body. So far, the researchers have nine bioactive peptides found that have a potent effect on the stomach muscles, stomach and pancreatic secretions, the blood circulation and the stimulation of the adrenal cortex and pituitary gland.

‘Phyllomedusin’ strongly affects the intestines and contributes to deep cleansing. Phyllokinin and phyllomedusin are potent substances that dilate the blood vessels thereby increasing the permeability of the blood-brain barrier is increased. This facilitates access to the brains of others active peptides. Caerulein and sauvagine cause a drop in blood pressure associated with tachycardia. They stimulate the adrenal cortex and pituitary gland, which contribute to increased sensory perception and increased endurance.

Both of these peptides have a strong analgesic performance, improve endurance, increase physical strength in general and strengthen the ability to cope with pain and stressful situations. They have medical digestive disorders, and have an analgesic effect on people with renal colic, pain due to peripheral vascular insufficiency and cancer pain. Dermorphin and deltorphine are potent opioid peptides and 4,000 times stronger than morphine and 40 times stronger than endogenous β-endorphin. (1).

In the 1990s, a new peptide, adenoregulin, was discovered by John Daly’s team at the National Institutes of Health in the United States. Adenoregulin works in the human body the adenosine receptors, a fundamental component in the fuel of all human cells.These receptors may be involved in the treatment of depression, stroke and cognitive impairment damaging conditions such as Alzheimer’s disease.

Scientific research on the peptides in Kambô opens up new perspectives on how the human brain works. The properties of Kambo peptides cover a wide range of possible medical applications and treatments of brain disorders such as Alzheimer’s and Parkinson’s, depression, migraine, blood circulation problems, vascular insufficiency, organ diseases, skin and eye problems,fertility problems in women and men, AIDS, hepatitis, cancer, etc.

Other interesting medicinal properties of this secretion are the anti-inflammatory effects, its ability to destroy microbes and viruses and infections to cure. (1) Due to the presence of these nine peptides, Kambô is one of the strongest natural antibiotics and narcotics and one of the strongest natural ways around us to strengthen the immune system.

The Kambô treatments have short and long term effects. “Short-term effects are a state of alertness, good mood, improved resistance less fatigue, hunger and thirst ” (1), the ability to concentrate easily and focus, and a quiet mind that can last for days or weeks. Long term effects are an enhanced one immune system, overcomes fatigue and improves someone’s health.

(read more in the full version, in Dutch) With Sananga eye drops you reopen the eye energy. Sananga is the juice extracted from the roots and bark of the Tabernaemontana Undulatavan. This is an Amazonian plant whose native name is ‘Mana Heins’. This name is derived from the Huni Kuin dialect spoken by the Kaxinawás. Sananga eye drops have been used by the natives for centuries.

The use of Sananga eye drops results in a deep cleansing of blocked energies on an emotional, physical and spiritual level. Besides balancing and magnifying energies, it also finds the roots of diseases and blockages. This leads to complete balance, sharp focus and stable peace of mind. Maintain this at home by rubbing a clarifying cologne on energy points, for example.

Sananga eye drops increase your spiritual vision and awareness, as well as the ability to read the intentions of others. Sananga can also increase your long-term vision, which is important for visualizations and perceptions of the future. Apart from this, Sananga is also used to improve a wide range of ocular problems such as myopia, depth and color perception, image definition and detection accuracy. In addition, this sacred gift from the jungle is indicated as an aid in serious eye conditions, such as glaucoma and cataracts.

Specifically, the agent has the following effects:

In addition, Sananga eye drops are a good treatment for spiritual disorders caused by negative energies in the body and they offer help with your personal development. These mental illnesses can build up in a person’s energetic body, causing one to become anxious and depressed.

Because the Sananga eye drops have such powerful effects on your visualization, they are also often applied before or during plant medicine ceremonies to increase visualization and spiritual insights.

With a Kambo session, Sananga can be used beforehand as a grounding aid and to relieve nervousness, before Kambo is administered. The drops can also be applied shortly after the removal of the Kambo points to aid in reaching and clearing deep-seated emotional blocks. It may happen that these have not been canceled by receiving Kambo.

For more than twenty years I have been following the path of nature experience and shamanism. The sweatlodge is my great teacher, where I bring people closer to their hearts. In recent years I have studied the Path of the Heart Warrior. Through men’s groups and coaching I bring men closer to themselves and each other, and through the elements I show men the way to the heart, let them rediscover their authenticity. Together with them we “take off the masks” so that they can be true men. I also coach men to embrace their inner warrior. 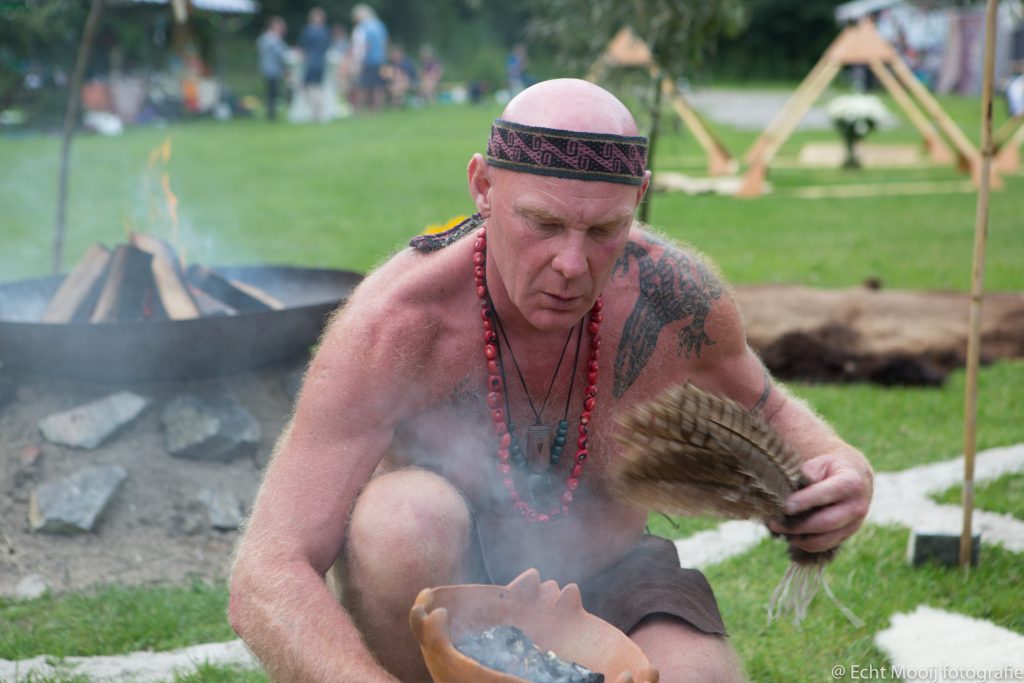 email to consult Yves or book a healing session

Discover your untapped inner resources in our upcoming events as a key for healing, to be able to flower our greatest potentials and live as passionate and whole human beings. We welcome you to the Temple of the (H)Earth.

Stay updated on our latest activities & posts via our newsletter 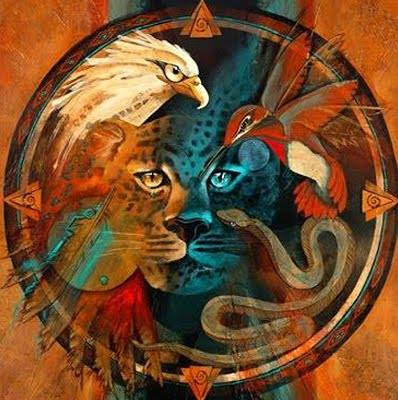 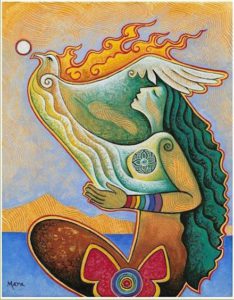